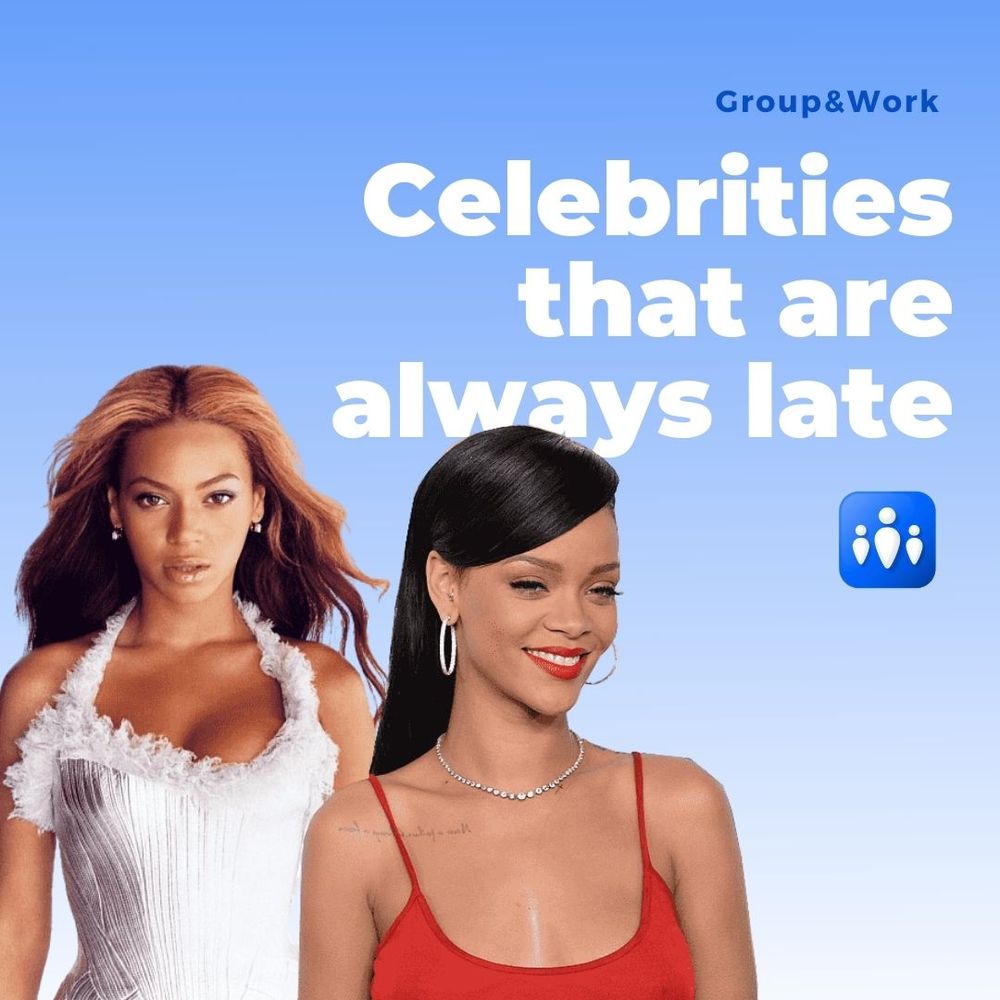 Marilyn Monroe
“Being late means making sure that you are irreplaceable, that everyone else is waiting for you. You - and no one else, ”the legendary Marilyn explained her endless delays. And she added: "When I am late, I think that they will be glad to see me." However, the directors who worked with the actress did not share her emotions. The star appeared on the site much later than the appointed date, and, it happened, and disappeared for several days.

Rihanna
Rihanna literally has to pay dearly for the opportunity to come to any event whenever she pleases. Fines for being late to their own concerts and the idle time of leased planes waiting for a star are hundreds of thousands of dollars. But Riri can afford it - after all, she is one of the top richest singers in the world.

Beyonce
Even in a situation where the protocol required strict adherence to the rules - at a charity reception hosted by Prince Harry and his wife Meghan Markle, the singer appeared in the hall late and, even worse, after the royal couple - a flagrant violation of etiquette!

The star was in no hurry to receive the Golden Globe this year. Together with her husband, they entered the hall in the midst of the event, ignoring the red carpet and a good half of the nominations.

And once in Egypt, the singer's lack of punctuality almost caused a scandal: she was late for a meeting with the country's ex-minister of culture, who promised her a personal tour of the pyramids. Outraged that Beyoncé didn’t apologize, he refused her sightseeing.

If you, too, often find yourself in unpleasant situations due to being late, we have great news for you 🥳

Apparently there are no posts at the moment, check again later.